Here is an update on our Slow Streets proposal. Join us at our virtual civic association meeting on June, 23, 2020 7-8 PM to learn more.

What are Slow Streets again?

Check out our last post for more details but, as a quick reminder, Mayor Bowser’s Slow Streets program is a way to encourage residents to walk, run, bike, or roll while maintaining the recommended 6-foot physical distance. They are meant to encourage recreation to promote physical and mental health and to provide connections to essential business and jobs. Slow Streets are marked as “Local Access Only,” with a 15 MPH speed limit.

The city has clarified the following points about its Slow Streets policy:

Our neighborhood’s sidewalks are narrower than 6 feet – the recommended margin for social distancing – and vehicle traffic volumes are returning to normal levels, making it increasingly unsafe to travel by foot in the street.

In addition, residents throughout the city need outdoor activities this summer since many facilities are closed or at reduced capacity. LeDroit Park’s Heritage Trail, titled “Worthy Ambition,” and its abundance of historic architecture make it a great location for a self-guided walking tour.

The LeDroit Slow Streets plan meets DDOT’s criteria for prioritization because it would:

Thank you to everyone who responded to the survey and shared their ideas. Of the 29 LeDroit Park residents who responded: 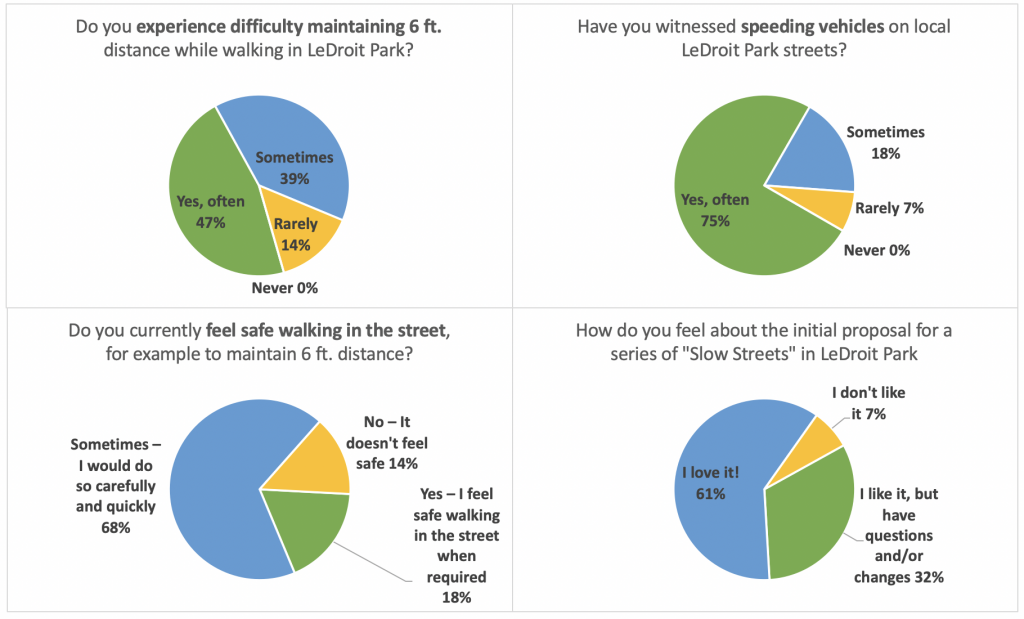 Many of you shared your great ideas through the survey or via email. Thank you! Ideas included:

Based on that community feedback, the proposal has been refined to the following map: 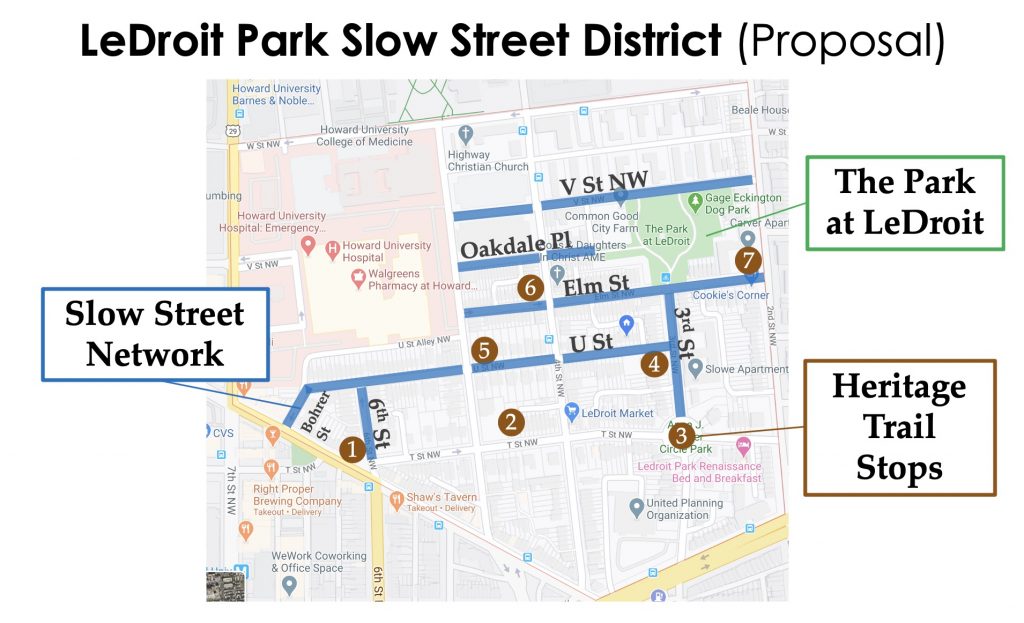 Through-traffic routes still include 2nd, 4th and 5th. With this update, T street is now kept as an east-west through-traffic route. This plan provides plenty of options to move through the neighborhood, while reserving as many streets as possible for resident-only vehicle use. 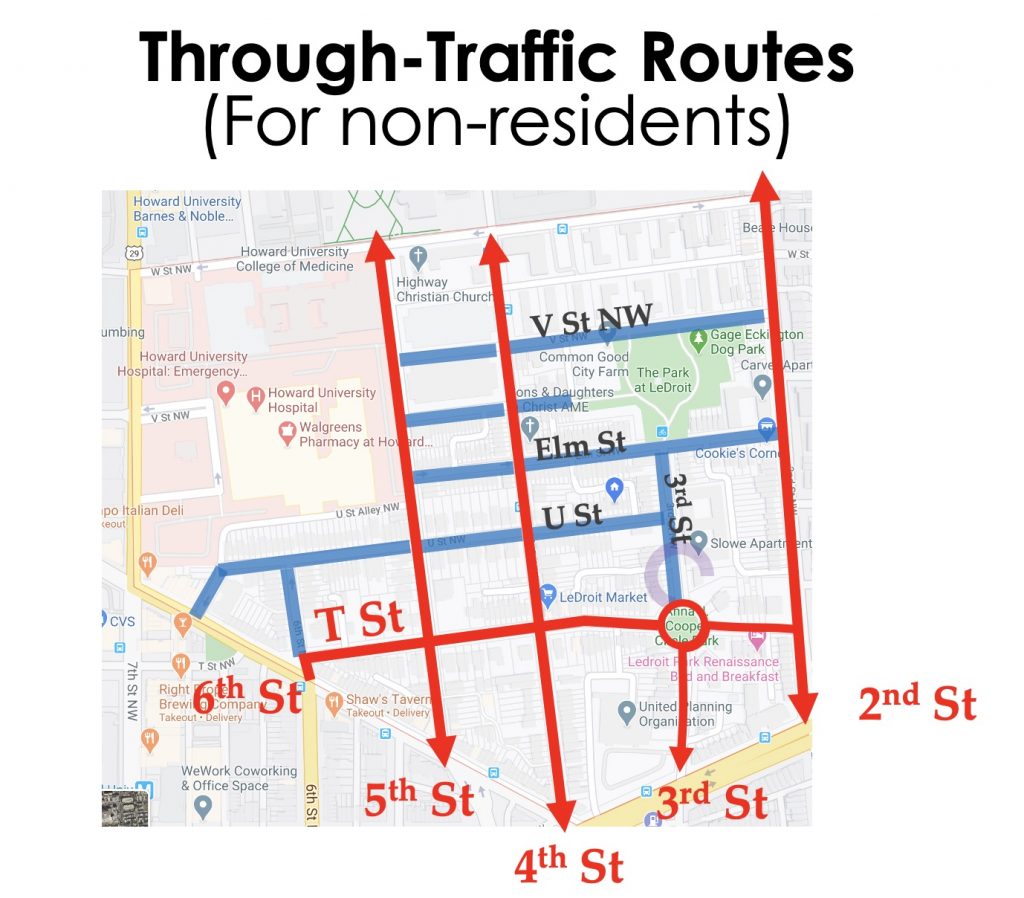 One last theme was a suggestion to coordinate with our immediate neighbors, particularly in Bloomingdale. We’d love to! We hope this proposal is accepted and becomes a first step for our neighbors to build on.

Join us on June 23rd, 2020 for our virtual civic association meeting. If approved, we will send the proposal to our ANC (1B) and copy the appropriate agencies and elected officials. Look to this space for updates as the proposal moves towards fruition.