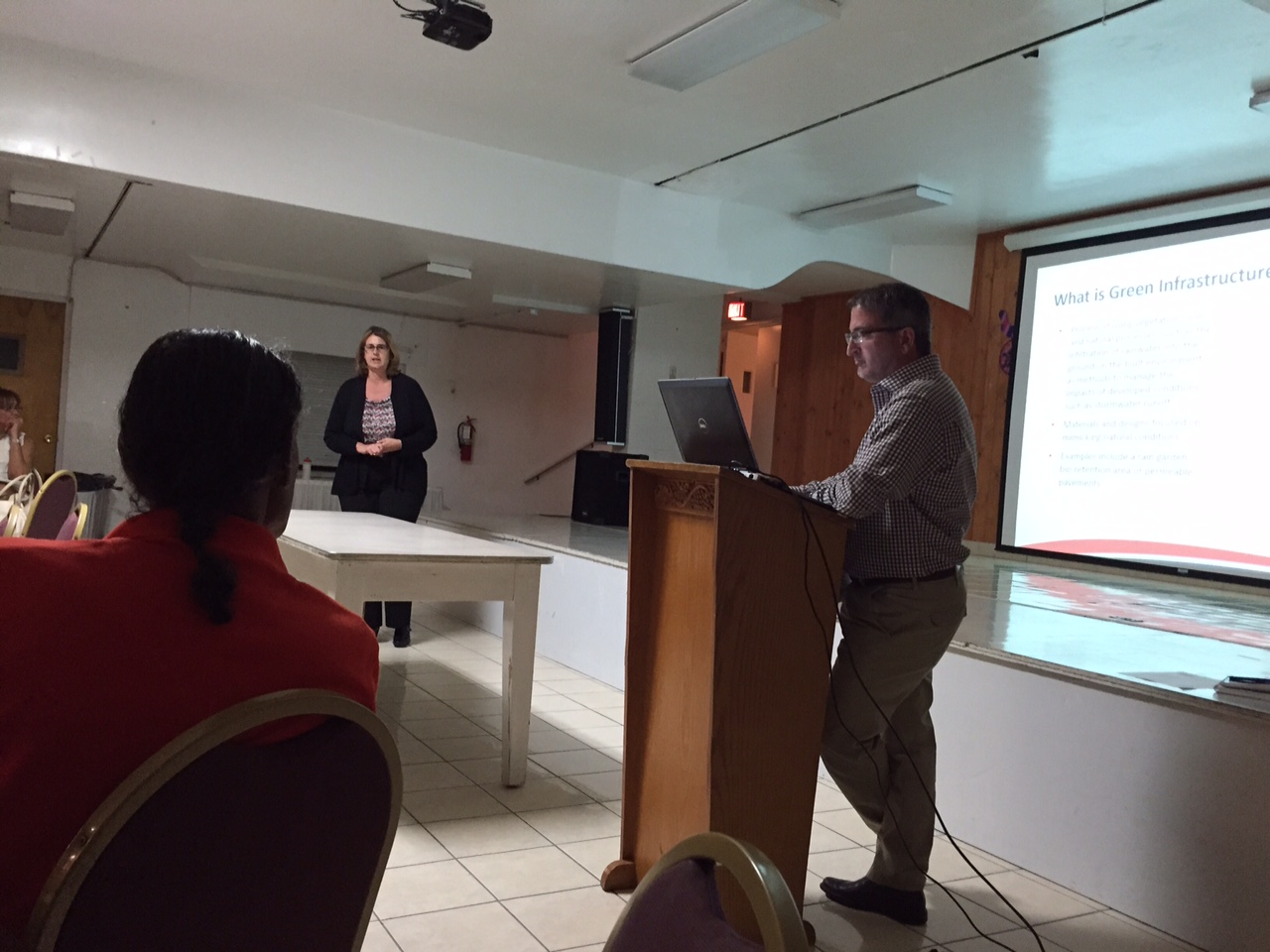 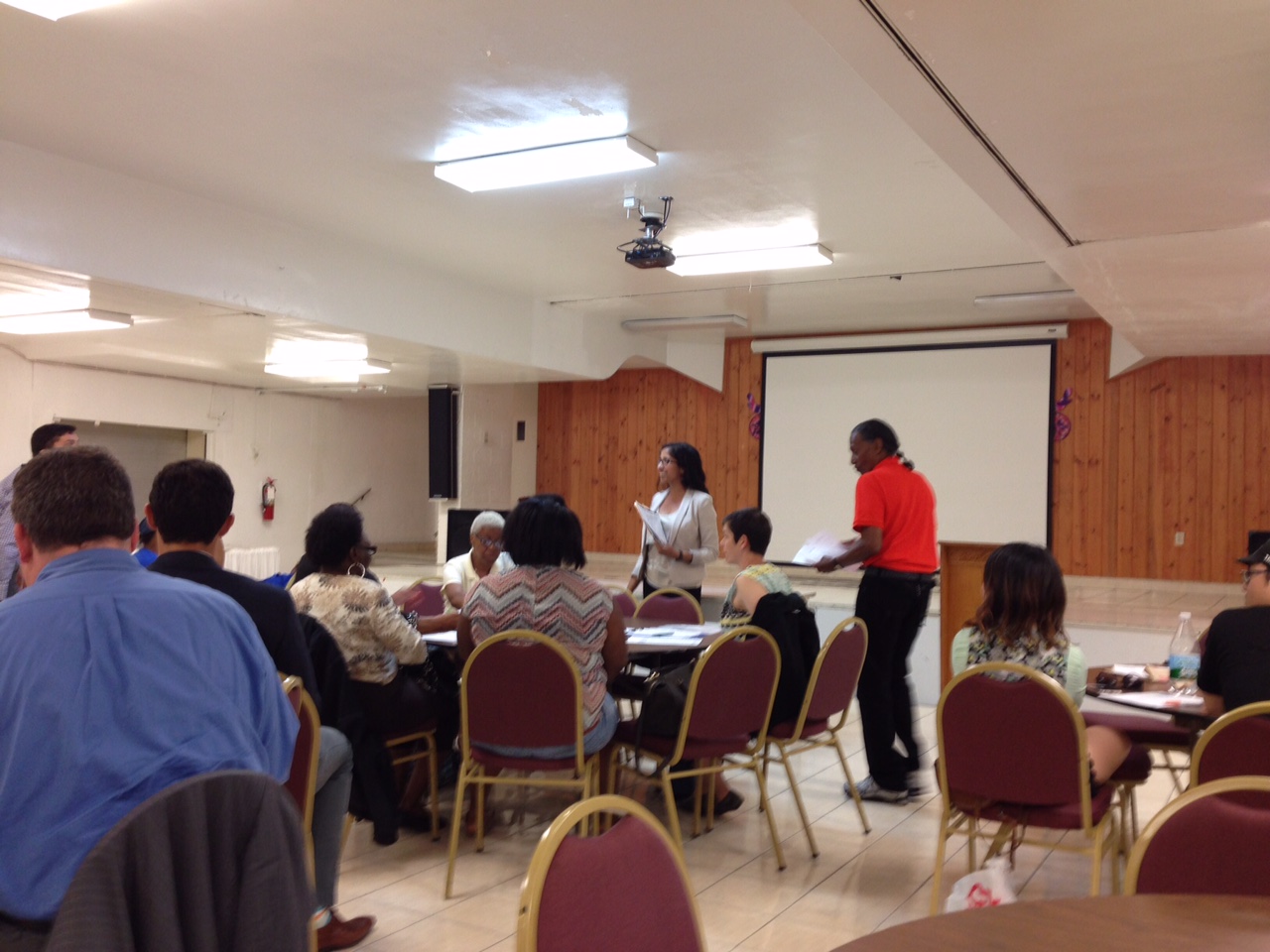 Minutes for the Regular Monthly Meeting

and Mr. Ben Case of the Mayor’s Office.

b. Green infrastructure and flood mitigation in LeDroit Park

i. Project will run from Florida Avenue to Barry Place.

ii. Construction will start this summer.

iii. At the end of the project one lane in each direction will be dedicated to

iv. New left-turn lanes will be added at Barry Place and W Street.

ii. The goal is to reduce storm water runoff during heavy storms, thereby

reducing the likelihood of flooding.

iii. Proposed improvements throughout the neighborhood include

pavement for the north-side parking lane

4. 3rd & Elm Streets: bioretention curb extension on the north side of

vi. A resident asked if the work on V Street was motivated by a desire to fix the

deteriorating roadway or to mitigate flooding. The DDOT representative

replied that flood mitigation was the top priority.

3. Presentation by Ms. Michelle Munn on her request for support for zoning relief to add a 90-

square–foot addition to her house at 2118 2nd Street.

a. The proposed addition is a rear addition to her first floor and will extend back 9 feet.

b. Ms. Munn needs a variance since her lot occupancy will be 73%.

c. Ms. Munn said she has support from one neighbor, but has not heard back from the

d. Motion by Christine Henry to support the request for zoning relief

other neighbor, who is an absentee landlord.

i. Anita Norman seconded the motion.

a. Mrs. Bambas requested help for watering trees. The normal watering day is

b. The membership dues remain the same at $15 per household ($5 for seniors or

c. Members may pay at the meetings, online, by mail, or by dropping a check in Mrs.

d. In response to a resident’s question, Mrs. Morris said the membership period is June

a. Mr. Myers presented the ballot:

ii. 1 assault with a deadly weapon in front of the Howard Theatre

iii. 2 robberies, including a purse snatching at 4th & Elm Streets

Wednesday, but volunteers may choose other days.

c. Golda Philip moved to accept the ballot and elect the aforementioned officers.

a. Richard Myers asked for volunteers to help administer Produce Plus on

b. Ben Case invited everyone to the mayor’s young professionals happy hour at the

c. Zeba Floyd announced that the proposed DC budget that will be voted on tomorrow

d. Tina Boyd, the DDOT consultant, said she grew up in the neighborhood.

f. Donna Morris thanked Richard Myers for being our parliamentarian

i. Eric Fidler for President

i. Christine Henry seconded the motion.

vegetables from the farm on Thursdays from 3 to 6 pm.